Lisa and John Pritzker Distinguished Professor of Developmental and Behavioral Health and associate professor of psychiatry and pediatrics Nicole Bush, PhD, has been selected to receive this year's Chancellor Award for Advancement of Women in the faculty category.

A new study led by UCSF researchers has found that children exhibiting signs of internalizing at the age of 18 months were more likely to have mothers with depressive symptoms later during childhood.

A new study focusing on mothers who breathe soot-laden air adds to a growing body of research into how air pollution affects cognitive development.

A study published in Development and Psychopathology discovered a link between friendships in kindergarten and an improvement in the behavior of a child who has experienced punitive parenting.

Living in better neighborhood may protect health of kids in poverty

While poverty has long been linked with poor health, a study from UC San Francisco has found that simply living in a more desirable neighborhood may act as a health booster for low-income children.

In a paper published in Development and Psychopathology, Dr. Bush and colleagues find that "maternal stress during the second trimester of pregnancy may influence the nervous system of the developing child, both before and after birth, and may have subtle effects on temperament, resulting in less smiling and engagement, as well as diminished ability to regulate emotions."

Undoing the Harm of Childhood Trauma and Adversity

“We now understand that effects of adversity exposure can begin immediately when an organism is conceived and begins to develop,” said Nicole Bush, PhD, an associate professor of psychiatry and pediatrics who is determined to uncover the mechanisms of how early-life adversity affects chronic disease in humans.

Maternal stress hormones appear to program fetal development, she said, and beyond that, a mother’s own early childhood adversity can affect her biology throughout her life, which she carries into her pregnancy.

Bush and Lieberman have joined forces in the CTRP-Health study at the UCSF Child Trauma Research Program (CTRP) to examine the biological systems implicated in traumatic stress and their response to Lieberman’s child-parent interventions. In mothers and their children, Bush and colleagues are searching for biological markers of adversity in the telomeres at the ends of chromosomes, the immune system and other physiological stress response systems."

"The National Institutes of Health (NIH) has awarded more than $4.7 million to a project being conducted in part by UC San Francisco researchers investigating how the environment influences neurodevelopment and asthma risk in children.

The grant was part of $157 million in national awards announced by the NIH for a multitude of projects under a seven-year initiative called Environmental Influences on Child Health Outcomes (ECHO). The ECHO program will investigate how exposure to a range of environmental factors in early development — from conception through early childhood — influences the health of children and adolescents. The studies will target four key pediatric outcomes that have a high public health impact: airway health, obesity, neurodevelopment, and birth outcomes.

UCSF Department of Psychiatry faculty members Nicole Bush, PhD, and Kaja LeWinn, ScD, are co-principal investigators on the grant project, titled "Prenatal and Childhood PATHWAYS to Health: An Integrated Model of Chemical and Social Exposures, Biological Mechanisms, and Sex-Specific Effects on Neurodevelopment and Respiratory Outcomes." In collaboration with their fellow co-principal investigators from the University of Washington (Catherine Karr, PhD, MD, MS), Seattle Children’s Research Institute (Sheela Sathyanarayana, MD, MPH), and the University of Tennessee Health Science Center in Memphis (Frances Tylavsky, DrPH), they will harmonize data from three extant cohorts comprising nearly 3,000 mother-child pairs to examine important questions about the effects of chemical (pollution and phthalates) and non-chemical (self-reported stress and stress biomarkers) exposures during pregnancy and their interaction on developing fetuses." 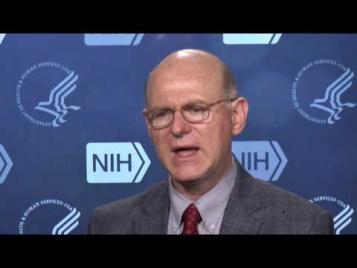 The Eyes Offer a Window into Alzheimer’s Disease