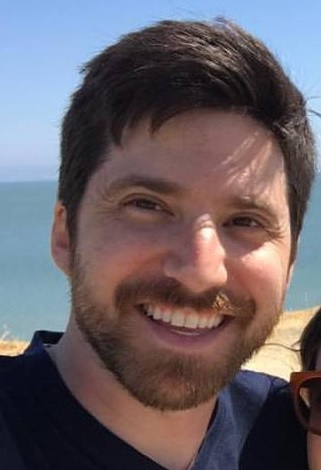 Board Certification:
2017: Medical Licensure, State Board of California (A148882)

Biography:
I grew up in San Diego and was a pretty active kid playing soccer for 14 years, ice hockey for 7 years, tennis, basketball, and golf. One of my favorite memories from San Diego was working at Sea World during the summers as a vendor before the shows. Besides the endless free sweets and beverages one thing I enjoyed most about my job was interacting with people I had never met. It’s a characteristic within me that continues to grow and is vital within the field of neonatology. In addition to athletics I was always interested in biology, which I continued to study in college at the University of Arizona. I liked the idea of a practical approach to learning biology and was accepted to the Undergraduate Biology Research Program at Arizona where I participated in 3 labs over 5 years leading to my interest in pursuing an MD/PhD degree. During my years at Arizona I experienced how our understanding of biology can be transformed and enjoyed devising experiments, executing them, and interpreting the data leading to new theories within the developmental biology realm. My interest in medicine never faded throughout college and I began cuddling babies in a NICU in Tucson, which was my first introduction to NICU. To me NICU seemed like an amazing way to combine my interests in developmental biology with my desire to become a medical provider.
During my MD/PhD I worked with Dr. Kirsten Sadler-Edepli, Assistant Professor in the Departments of Development and Regenerative Biology and Liver Diseases, utilizing zebrafish as a model to study prehepatic and intrahepatic mechanisms involved in hepatic lipid accumulation. My projects included extrahepatic lipid accumulation and adipogenesis in zebrafish, loss/gain of function of protein foigr in zebrafish, and also determining that an endoplasmic reticulum-specific mechanism called the Unfolded Protein Response contributes to the development of hepatic steatosis. My first project was developmentally focused and characterized adipogenesis in zebrafish mapping adipocyte development using histology and slide in situ hybridization. This study concluded that adipogenesis follows a step-wise pattern beginning in the viscera near the pancreas, that zebrafish adipocytes express human homolog adipokines, and that the appearance of new adipocyte stores during development is dependent on size of the fish and not time. Additional projects surrounded deducing in the foigr mutant, which had a truncated Foigr protein was loss or gain of function, elucidating the role of Foigr in protein trafficking, and how the mutation of Foigr resulted in activation of the Unfolded Protein Response, which leads to hepatic cell stress and even death.
My current research focus is in medical genetics and proteomics. I think there is an opportunity to influence the field of neonatology if we can better understand variants in the genome and how we can identify which ones are pathologic. Then we would be able to better diagnose disease, personalize medicine to develop better management of genetically variable conditions of the same disease, and become more predictive of the future outcome of specifically distinct genetic diseases.