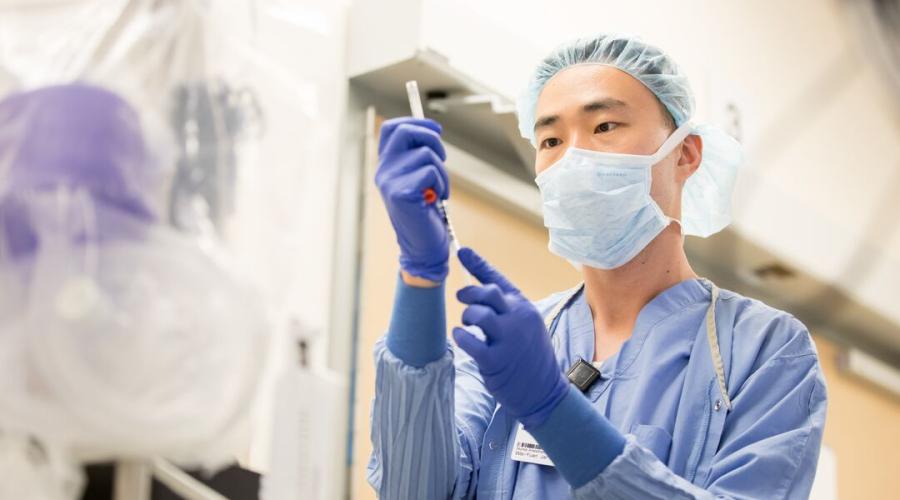 A promising secondary therapy that already sees some use in hospitals has been shown to be ineffective to treat a severe form of birth asphyxia, called hypoxic–ischemic encephalopathy (HIE).

HIE affects about two out of every thousand births in the United States and refers to brain injury caused by insufficient oxygen and blood flow in the brain around the time of birth.

Cooling therapy is currently the only treatment that has been proven to reduce the likelihood of death or long-term disability from HIE. However, clinical trials have shown that about 40% of newborns who undergo cooling therapy for HIE die or develop serious adverse outcomes within two years, leading researchers in search of a neuroprotective agent that can be combined with cooling therapy to improve outcomes.

But the results from the recent phase 3 multicenter clinical trial published in the New England Journal of Medicine show that administering the hormone erythropoietin in conjunction with cooling therapy did not improve outcomes for newborns with HIE compared to cooling therapy by itself.

The results also showed that the group of infants that received erythropoietin had a slightly increased chance of complications during the newborn period compared to the group that only received cooling therapy.

Up to 27% of hospitals in some countries are using erythropoietin, both with and without cooling therapy, to treat neonatal HIE. This clinical trial, one of the largest and most comprehensive studies on HIE, provides data showing that combining the two treatments may be worth reconsidering.

“The most important outcome is that people who are using erythropoietin alongside cooling therapy now know that it is not a good treatment option for these very vulnerable babies,” said Yvonne Wu, MD, UCSF professor of neurology and pediatrics and the study’s lead author.

“Secondarily, these results show the importance of large clinical trials. Previous research indicated a protective effect from erythropoietin, but with 500 babies instead of 50, there was enough statistical power to reveal a different outcome.”

There is extensive literature showing erythropoietin provides neuroprotection to newborn brains, so the authors suggest that cooling therapy, which involves cooling a baby to 92 degrees Fahrenheit for 72 hours, may inhibit any additional protection from erythropoietin due to the use of similar neuroprotective pathways.

Unfortunately, therapeutic hypothermia is often unavailable or ineffective in low- and middle-income countries. With HIE accounting for 22% of newborn deaths worldwide, finding an effective alternative treatment could lead to thousands of saved infants each year.

“The biggest question now is whether erythropoietin by itself can help improve outcomes in babies with HIE who are not able to receive therapeutic hypothermia,” says Dr. Wu. “Studies are currently underway to answer this question in low- and middle-income countries.”

While Dr. Wu says that more studies are needed to find additional neuroprotective agents that can be combined with therapeutic hypothermia, the underlying data for the study is robust and includes histological findings in placentas, brain MRI scans from newborns, and many secondary outcomes including behavioral abnormalities and seizures.

“We plan to investigate how brain imaging and blood-based biomarkers correlate with injury and outcomes,” says Dr. Wu about how she will utilize the data. “We also plan to analyze how specific aspects of cooling therapy, EEG findings and placental histology correlate with better outcomes after HIE. There is a lot to learn still.”