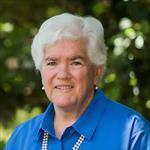 Ann Petru, MD is a Pediatric Infectious Diseases physician who has been working at Children’s Hospital Oakland since completing her residency there. She was involved in many clinical trials in the 1980s and 1990s, then started to focus more on HIV and AIDS as that epidemic started to affect children. In addition to HIV and AIDS, she has focused on common and challenging problems in the field, including use of antibiotics in children, common “Staph” and “Strep” infections, bacterial and other forms of meningitis, Epstein-Barr virus infection (EBV), and coccidioidomycosis (the fungus that causes Valley Fever). However, her primary focus has been the treatment support of children living with HIV/AIDS and preventing transmission of HIV from mothers to their babies.

Dr. Petru provided care for the first pediatric HIV/AIDS case in the Bay Area in 1983. In 1986, she started the Pediatric HIV/AIDS Program, which has treated more than 800 HIV-infected and HIV-exposed infants, children and adolescents. Many of her patients were among the first to participate in clinical trials that provided AZT treatment for children, then followed by many other drugs as they were becoming available for adults and where data in children was lacking. These groundbreaking studies allowed her and her staff to evaluate many drug combinations for HIV management, immunizations in children with HIV, and the long-term effects on children receiving drugs for HIV disease. Because drug therapies have been so successful, children are living much longer and their treatment has become far simpler and better tolerated. Aggressive identification of HIV infection before and during pregnancy and improved therapies have dramatically reduced transmission of HIV from mothers to their children over the last 20 years. However, many families in the Bay Area and other areas in northern California are adopting children with HIV infection from other countries, so her clinic continues to see a slow but steady influx of new patients.