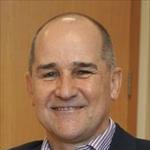 Daniel Le Grange, Ph.D., is Benioff UCSF Professor in Children's Health, and Eating Disorders Director, Department of Psychiatry, at the University of California, San Francisco. He also is Emeritus Professor of Psychiatry and Behavioral Neuroscience at The University of Chicago Medicine. He received his doctorate at the Institute of Psychiatry, University of London, and trained in family-based treatment (FBT) for adolescent anorexia nervosa (AN) at the Maudsley Hospital in London. It was here that he partnered with the team that developed and pioneered FBT for adolescent AN, now regarded as the first-line outpatient therapy for medically stable patients. In London, he conducted the first randomized controlled study (RCT) that compared two forms of FBT for adolescent AN (Int J Eat Disord, 1992), and collaborated on a 5-year follow-up of the seminal Maudsley treatment study for AN (Arch Gen Psychiatry, 1997), as well as the second comparison of two forms of FBT, one a novel variation better suited for families with high levels of expressed emotion (J Child Psychol Psychiatry, 2000). He introduced FBT to his colleagues in the United States during a postdoctoral fellowship at Stanford University School of Medicine (1994-1995). After completing this fellowship, he was research assistant professor at the State University of New York at Stony Brook before joining The University of Chicago as assistant professor in July 1998. He was promoted to Professor with tenure on 1 January 2009. His primary research and clinical interests are treatment studies for pediatric eating disorders and he has devoted his career to the development and dissemination of psychosocial treatments for this patient population. Dr. Le Grange has considerable expertise in multi-center RCTs, and for the past 15 years, the National Institute for Mental Health (NIMH) has supported his research program. He has contributed to over 400 journal articles, books, book chapters and abstracts.

In collaboration with a colleague at Stanford University, Dr. Le Grange developed a clinician’s guide for adolescent AN: Treatment manual for anorexia nervosa: A family-based approach (Guilford Press, 2nd Ed, 2013). This manual represents the only evidence-based treatment for this patient population, and is now utilized extensively at a global level, including the United States, Canada, Australia, New Zealand, and elsewhere. In a recently completed multi-center RCT (Chicago and Stanford), funded by the NIMH, Dr. Le Grange and colleagues compared FBT-AN with an individual adolescent-focused therapy (AFT). This is the first well-powered treatment trial of FBT for adolescents with AN. Full remission rates between therapies did not differ statistically at end-of-treatment (EOT), but at 6-month follow-up and 12-month follow-up, FBT was statistically superior to AFT. Rates of partial remission were also greater in FBT than AFT at post-treatment, but did not differ at follow-up. Treatment effects on age and gender adjusted BMI percentile were greater in FBT than AFT at EOT, but not at follow-up. Acute treatment effects on the cognitive and behavioural features of AN were greater in FBT than AFT, but not at follow-up (Arch Gen Psychiatry, 2010). Predictor and moderator analyses showed that patients with more severe eating disorder psychopathology have better outcomes in a behaviourally target family treatment (FBT) than an individually focused approach (AFT) (Beh Res Therapy, 2012.). Currently, Dr. Le Grange is principal investigator (P.I.) on a 3-year NIMH-funded treatment development study of adaptive FBT for adolescent AN non-responders. Dr. Le Grange is also site-P.I. on a 5-year multi-center NIMH-funded study to test a fidelity measure for FBT and develop a specific training model for the dissemination of FBT. In addition, he is P.I. on a 2-year NEDA-funded study to develop a telemedicine model of FBT for families not able to reach a specialist service at an urban center.

Dr. Le Grange’s early work on adolescent AN was expanded for adolescents with bulimia nervosa (BN) leading to the first comparative study of adolescents with eating disorders, addressing the fluidity of eating disorder diagnoses in this age group (Arch Ped Adol Med, 2004). At the same time, and as part of a Career Development Award (K23) from the NIMH (2001-2006), Dr. Le Grange published the first treatment manual for adolescents with BN, entitled Treating bulimia in adolescents: A family-based approach (Guilford Press, 2007), and evaluated the relative efficacy of two kinds of psychological treatments for adolescent BN, i.e., family-based treatment (FBT-BN) versus individual supportive psychotherapy (SPT). This RCT was the first for adolescent BN to be conducted in the US and findings showed that FBT is more efficacious than SPT for this patient population (Arch Gen Psychiatry, 2007). Predictor and moderator analyses demonstrated that that lower eating concerns are the best predictor of remission, and that FBT might be most effective for cases with low levels of eating disorder psychopathology (J Am Acad Child Adol Psychiatry, 2008). Currently, Dr. Le Grange is P.I. on the second RCT for adolescent BN in the United States. This 5-year NIMH-funded RCT investigates the relative efficacy of three psychosocial treatments for adolescents with BN; FBT-BN, cognitive-behavioral therapy, and supportive psychotherapy.

Dr. Le Grange has an extensive mentorship, collaborative research, and program development record with colleagues in the US, Canada, Europe and Australia. He has mentored many trainees over the years and was site-director for a three-center NIMH T32 training grant (7/09 – 6/19) for postdoctoral research in eating disorders. In Australia, Dr. le Grange is Professorial Fellow in Child and Adolescent Eating Disorders on a Baker Foundation Grant in the Department of Pediatrics at the University of Melbourne. In this role, since 2009, Dr. Le Grange has built a research infrastructure to the existing clinical program in Adolescent Medicine, and now works closely with his colleagues at the Royal Children’s Hospital as he steers a large clinical-research team in a 6-year RCT. This study evaluates two forms of FBT for adolescent AN. In Canada, Dr. Le Grange collaborates with colleagues in Toronto on a treatment development study of a novel family-based intervention for transition age youth with AN. In Sydney, Australia, he was a P.I. on two 3-year National Health and Medical Research Council funded studies (2007-2009), and past recipient of an International Research Fellowship from the University of Sydney (2008). Both these Sydney studies were RCTs evaluating psychosocial treatments for AN. In the first of these collaborations, a multi-center study with Sydney, London and Chicago, Dr. Le Grange directed the independent Data and Coordinating Center at Chicago overseeing the two clinical sites (Sydney and London). The main findings from both these RCTs have now been published (Psychol Med, 2013; Psychol Med, 2014).

His peers have recognized Dr. Le Grange’s research contributions. He was elected Fellow of the Academy for Eating Disorders in 2002, and has held several leadership positions at the Academy. The Academy has honoured him with the 2014 Leadership in Research Award. He is a member of the Eating Disorders Research Society, serves on the professional advisory panels for Maudsley Parents as well as Family Empowered and Supporting Treatment of Eating Disorders, and is a past member of the clinical and scientific advisory council of the National Eating Disorders Association. He is Associate Editor for BMC Psychiatry as well as the Journal of Eating Disorders, and serves on the Editorial Boards for the European Eating Disorders Review and the International Journal of Eating Disorders. Dr. Le Grange has lectured extensively in North America, Europe, South Africa, and Australia, and has presented his work in more than 200 invited plenaries, lectures and workshops. In addition to the clinician manuals for both AN and BN (described above), he has also co-authored a parent handbook to be used in conjunction with the clinician manuals, Help your teenager beat an eating disorder (Guilford Press, 2nd Ed, 2014), a casebook for parents. My kid is back (University of Melbourne Press, 2008), and a handbook for scholars, Eating Disorders in Children and Adolescents (Guilford Press, 2011). These books have become leading translational resources for researchers and clinicians, a well as for sufferers and their families.

A number of key areas require focused attention to advance this body of work: (1) Adaptations to enhance FBT efficacy (2 current studies and 1 NIH grant application under review); (2) Dissemination of evidence-based treatment (2 current studies), (3) Inpatient refeeding protocols and their relationship to outpatient treatment should be better understood (UCSF grant, PI: Andrea Garber, PhD); and (4) Full range of phenotypic expression of eating disorders need to be studied. This is potentially informative of treatment effects as the majority of adolescent patients do not fit DSM diagnostic groupings, and there is considerable overlap and diagnostic crossover in this age group (multi-site study in preparation).